DECATUR — Family and friends gathered May 11 in the Decatur Middle School gymnasium to hear the sweet sounds of music during the Decatur Spring Band Concert. Under the direction of Jesse Wyatt Owens, three groups performed several compositions by a wide variety of composers, including Bach, Haydn, Mussorgsky, Sousa and even the famous composer John Williams.

The first group was made up of fifth and sixth graders from Decatur Middle School. The new musicians, many of whom have just learned to read music and play instruments, performed a series of short pieces. These pieces include Franz Joseph Haydn’s ‘Surprise Symphony’, Johann Sebastian Bach’s ‘Menuet’, Mussorgsky’s ‘The Great Gate of kyiv’ and the French-Canadian folk song ‘Alouette’.

It was remarkable to see the faces of these young students as they worked on the compositions Owens had chosen for this particular concert series. In all, 14 young people performed in what was their second live concert of the school year. And when their part of the concert ended and the audience cheered, smiles appeared on their faces as they stood up and were recognized for their efforts.

Next, the Middle School Band performed three longer tracks, including John Phillip Sousa’s “El Capitan”, Standridge’s “Music Speaks” and the crowd favorite, “Around the World in 80 Measures” by Orcino. Orcino’s work featured two bars each of music from different countries around the world.

This formation was composed of two flutes, two clarinets, two trombones, three trumpets, a euphonium, a saxophone and three percussionists for a total of 16 musicians in all.

The 19-piece High School Band concluded the program with three interesting and very beautiful pieces. The first piece was by a composer that most music lovers today know very well. John Williams of “Star Wars”, https://www.eagleobserver.com/news/2022/may/17/band-music-fills-air-with-sweet-sounds-during/ “ET” and “Indiana Jones” , wrote the music for the 1976 film “Midway,” composed a piece called “Midway March.” This composition opened the high school orchestra portion of the concert.

The next piece was called “A Mother’s Hymn” and featured a variation on the popular Christian hymn, “How Great Thou Art” and was arranged by Robert Smith. The concert finale was “Imaginarium” by Randall Standridge.

Before the final play was performed, Owens introduced the senior band members who were set to perform in the final high school band play of their high school careers. They included Waylon Harrington, Martha Smith-Gomez, Poli Xiong and Jose Suarez. 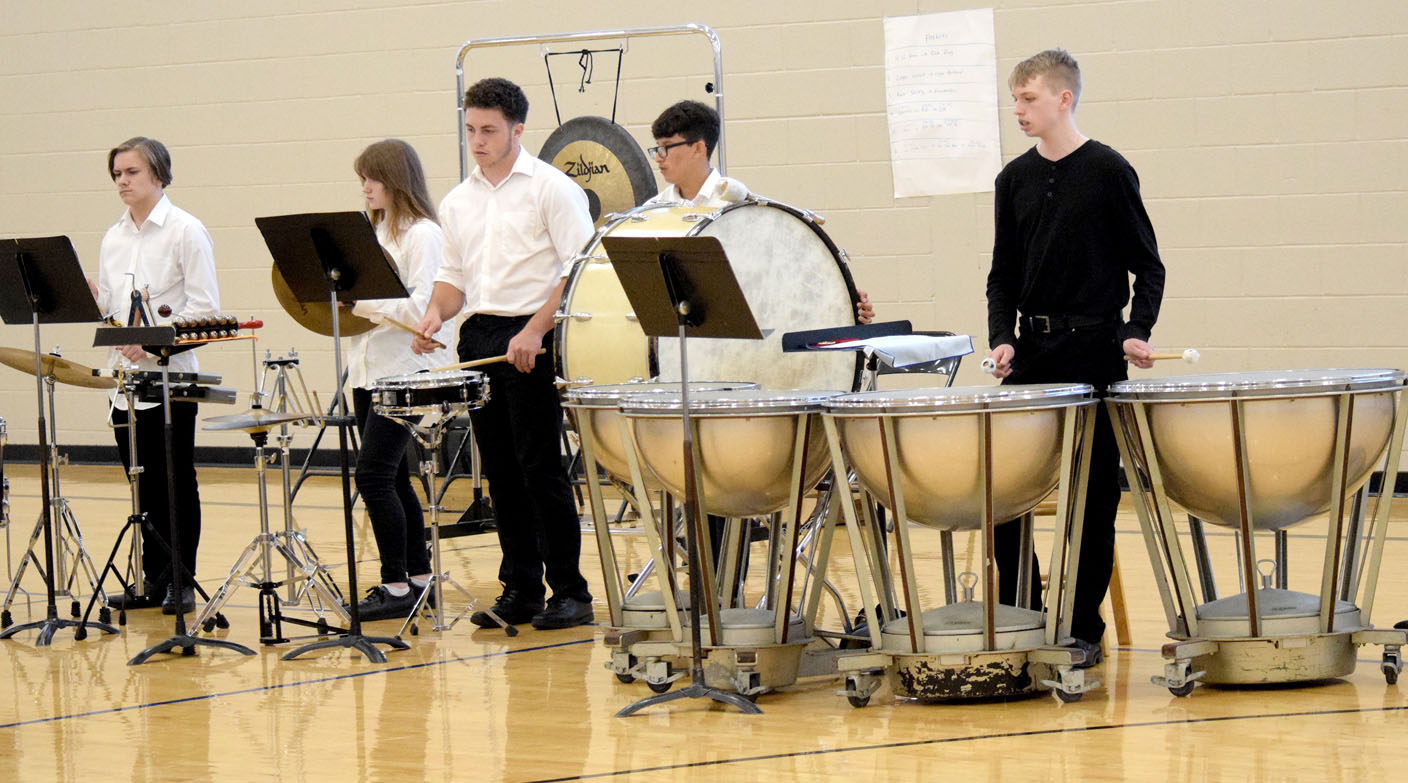 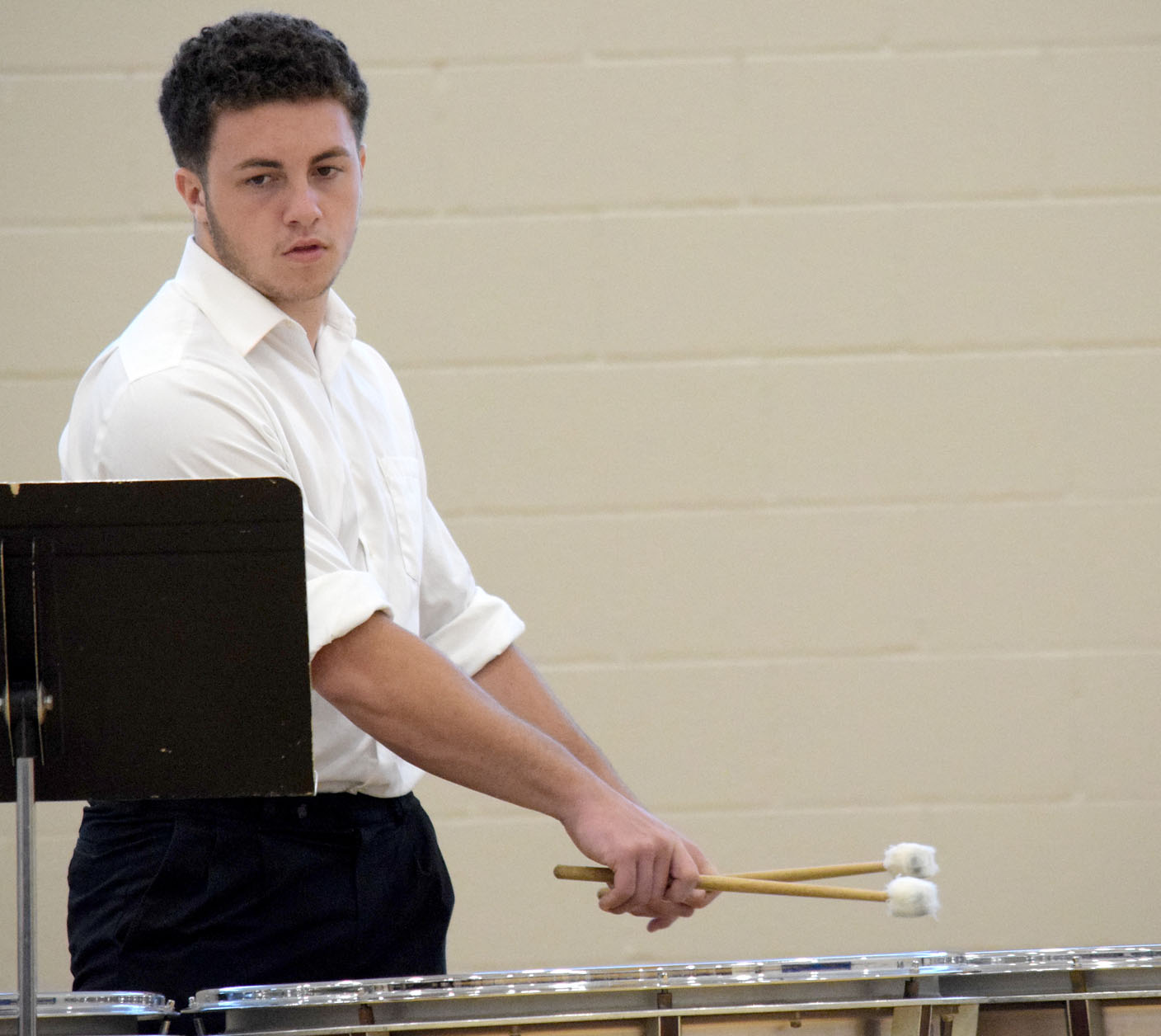 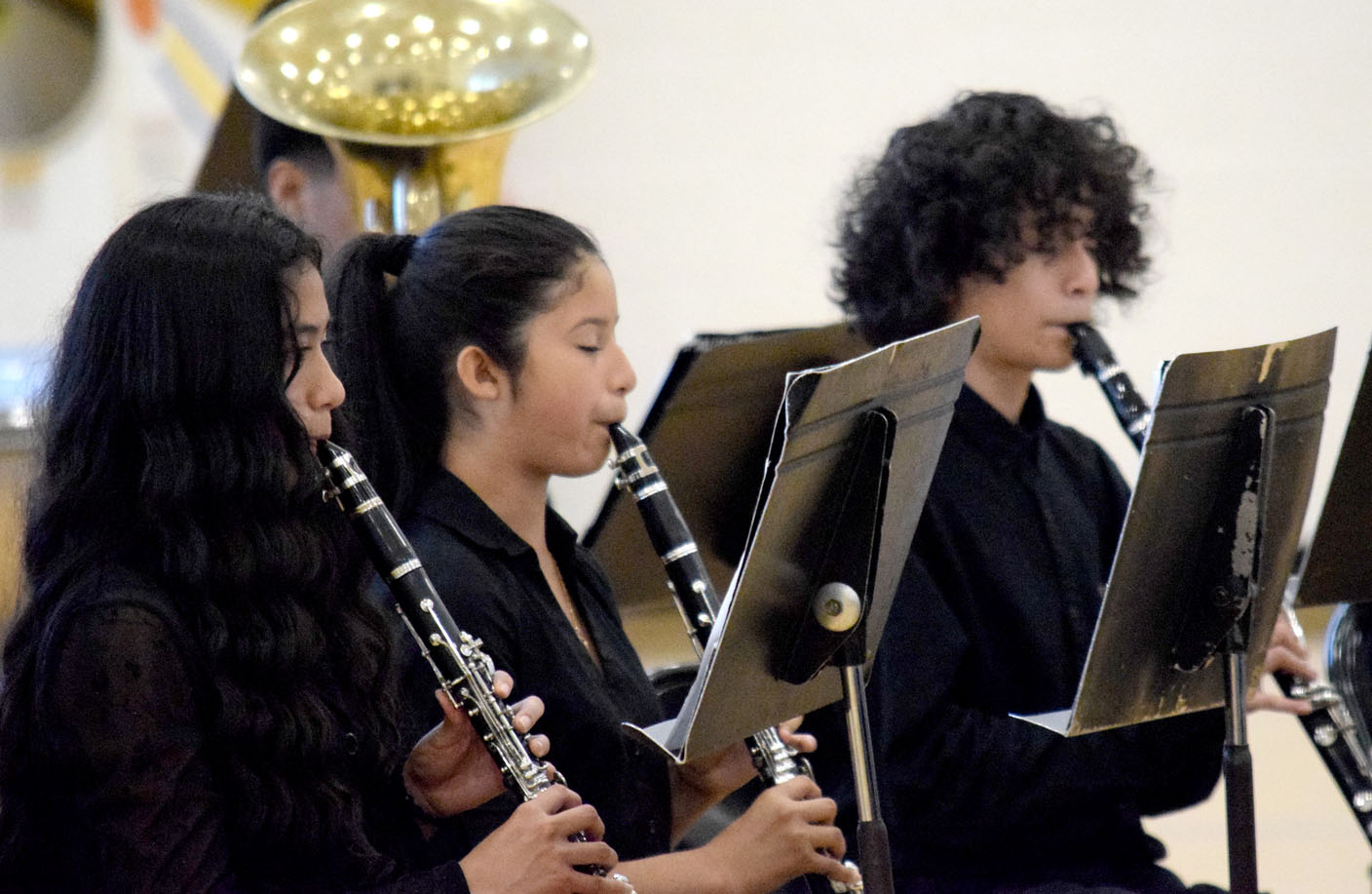 Westside Eagle Observer/MIKE ECKELS The clarinet section of the Decatur Middle School band performs one of three pieces during the spring concert in the middle school gym on May 10.