ROCK IT TO ‘EM. Through the Kitchen Hole formed through a Memorial High School music fundraiser in 2018. Now the group is releasing their debut album in August. (photo added)

An up-and-coming rock band popular at events around the Chippewa Valley, Through the Kitchen Hole is known for their rock covers, as well as some original tunes. Now they are releasing their first full album, titled Snake-eyes. Zach Menter, guitarist, described the band’s sound as a mix of classic rock, hard rock, and metal.

“Our original songs are probably a mix of metal and progressive metal,” Menter said. “With random bits of whatever we think of at the time.”

Through the Kitchen Hole formed in 2018 for a variety show at Memorial High School. Since then, the lineup has changed a bit, but the group of friends have stuck to making music and having fun. Since high school, said guitarist Toby Moszer, the band has grown both individually and as a group.

Menter agreed and said that as a cohesive group they grew tremendously. 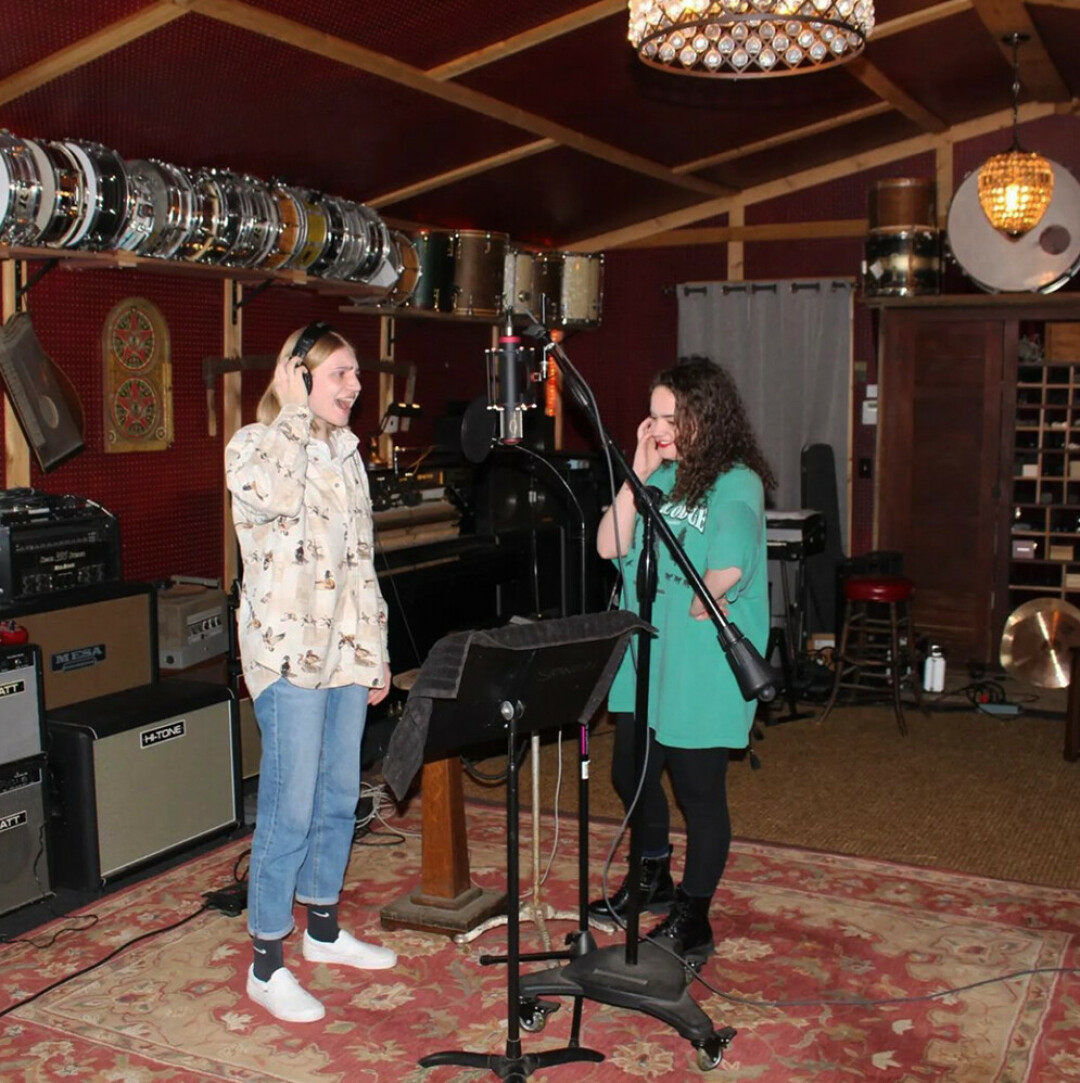 Seeger (left) and A. Moszer (right) recording for Snake-eyes.

“We learned to work better with each other,” Menter said. “At first it was just for fun, and we still have fun. But we can communicate better and play together now.

Their new album, Snake-eyes, will be released on August 5 and will be available to stream everywhere. Although Snake-eyes is their first all-original album, it’s not Through the Kitchen Hole’s first rodeo. A self-titled EP was released in 2018 with covers and an original track, “Transitions”, following their 2018 second place finish at Rockonsin, a youth indie music competition that is part of Milwaukee Summerfest.

Although the band members are now scattered across the state, with several of them having recently graduated from college, that isn’t stopping them just yet. Menter and Moszer said they were determined to continue writing and performing together when they could.

Alongside Menter and Moszer, lead vocalist Abby Moszer and bassist/vocalist Kate Seeger are all original band members. Their drummer, Braedon Laundrie, has been playing with the band for over two years and has been drumming for much longer than that.

Next up for the band, besides their album, are gigs in the Chippewa Valley in August in Menomonie, and another gig in November in St. Paul. 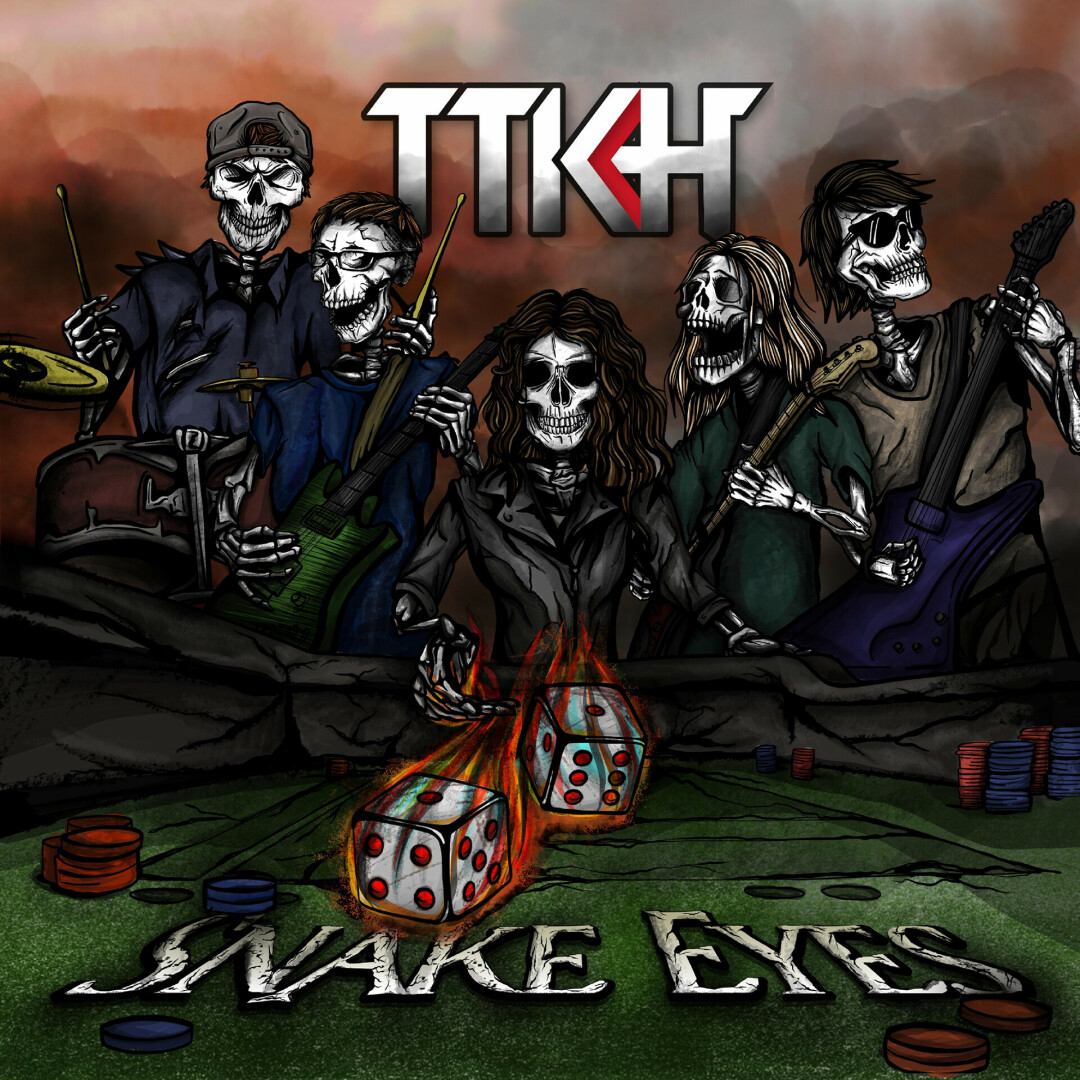 Follow Through the Kitchen Hole on their Facebook page and find their concert dates, album information and more at ttkhband.com.